Soil resources are identified by regional factors of soil genetic differences. This approach is a multifunctional basis for soil resources accounting on a global, regional and local scale. Regional factors include the areas of functioning soils and their detailing characteristics: the contours’ dimensions, space measure, their quantity, principles of crossing lines and the turnover frequency. The purpose of this work is to identify the potential of bioproductive processes, where inherent potential of soil areas is marked by an unlimited increase in productivity within the existing soil dimensions and geometric outlines. The main difference is an increase of phytomass and photosynthetic activity of plants on a naturally limited area of soils from using the inexhaustible resources of the sun cosmic energy and the physical and geographical environmental processes. Combinations generated by soil properties and their usage lead to formation of renewable sources categories, compensating for the scarcity of new areas allocated for development. 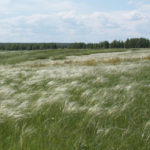 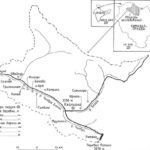 Juniperus polycarpos L. is one of the most threatened and livelihood plant species of the Himalayan region. The present study provides information about monitoring of its populations and proliferation rate in high altitude regions of Trans Himalaya. The survey revealed comprehensive information on J. polycarpos such as distribution range, habitat characteristics, composition, structural pattern, population size, uses and diversity status. Its distribution and density were maximal in pure forest habitats as compared to mixed habitats recorded. Middle forest altitudinal zone (3100-3500 m for dominant J. polycarpos community and 2710-3100 m for mixed communities) showed suitability for its growth and high density. The occurrence of species above treeline altitudinal zone (4100 m) indicates effect by climate change. A total 281 species (158 genera, 48 families, 37.04% native, 2.06% endemic, 23.87% near-endemic, 74.44% economically important and 20.28% threatened species) were recorded within its populations. Frequent monitoring of populations under climate change scenarios is suggested.