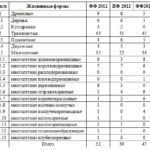 The 10-year dynamics of the catalase activity of leached chernozem was studied in order to determine the intensity and direction of redox processes in the post-pyrogenic ecosystem located in the forest-steppe of the European part of Russia. The results of studying the Pinus sylvestris formation with the coordinates of the background north latitude are presented (N 52° 30ʹ 39.2ʺ, E 38° 57ʹ 30.3ʺ), pyrogenic (N 52° 30ʹ 37.3ʺ, E 38° 57ʹ 28ʺ) areas after a forest fire in 2010. The species composition of plants in forest formations was revealed by laying test plots 20×20 m2 in size, within which 10 counting areas 1×1 m in size were described. The tiers were set according to the height of trees and grass stand. The plant communities are named by the method of listing the dominants established by the coverage. Abundance was counted according to O. Drude’s scale. Three phases of the restoration of the pyrogenic formation were identified: 1 – the phase of the ruderal phytocenosis (2010-2012), 2 – the phase of transformation of the ruderal phytocenosis (2014-2017), 3 – the initial phase of the restoration of the forest phytocenosis (2018-2020). Analysis of the catalase activity of the soil and the structural ecobiomorphological characteristics of the flora gives an opinion on the temporal aspect of the restoration of the forest ecosystem in the forest-steppe zone after a forest fire under conditions of moisture deficit. The absolute values of the regression coefficient of catalase activity in leached chernozem sharply decrease in the studied series of soils from background (0.42) to pyrogenic (0.15) and increase 10 years after the fire (0.23). Analysis of catalase activity and flora structure reflect the 10-year dynamics of the formation of a forest ecosystem with pyrogenic disturbance.