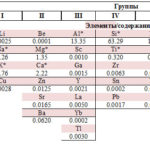 The results of the study of the light chestnut soil of ampelocenosis located in the zone of the semi-desert-steppe regime with a low hydrothermal coefficient are presented. Analysis of the chemical composition revealed that the soil is non-saline, saturated with bases and has a deficiency of certain plant nutrients. The study of the taxonomic composition of yeast, which can act as a model group of microorganisms in the study of soil-microbiological processes, has shown the ability of this soil to play the role of a biological reservoir for storage and distribution in the natural cycle of various physiological groups of yeast. The yeast complex included 11 species: 2 – basidiomycetes, 9 –ascomycetes, among which the yeast Aureobasidium pullulans and Lachancea thermotolerans significantly dominated. The yeast was isolated in a direct and cumulative manner; the species identification of pure cultures was carried out on the basis of the analysis of the nucleotide sequences of the rDNA region. The accumulation of allochthonous yeasts, as well as other groups of microorganisms, affecting the biodiversity of the ampelocenosis soil, expands the potential for the participation of mycobiota in soil processes.

Funding. This work was carried out with the financial support of the Russian Foundation for Basic Research, Grant No. 12-04-01222 “Study of the yeast biological diversity in connection with altitudinal-zonal differentiation (on the example of the plain, piedmont and mountainous territories of Dagestan)”, and the Russian Science Foundation, Grant No. 19-74-10002 «Endophytic Yeast of Crops: Monitoring of its Spread and Role in Plant Protection».