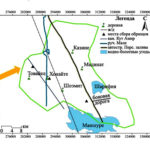 Efficient use of rainfall and water storage has fundamental importance for rehabilitation and improving rangelands in arid areas. In this study, we evaluated the changes in the natural vegetation cover of three regions (dust centers) of the south and southeast of Ahvaz under different irrigation systems and rainfall patterns following seedling cultivation. Observations were made on five 100-meter transects, each 50 meters apart, which were systematically established in the three selected areas. Around 180 fixed plots were installed along transects. In the two growing seasons of spring and autumn from 2018 to 2020, the coverage of native species was recorded. The Simpson and Shannon and dominance diversity indices were estimated using the PAST software. The results showed that in the selected areas, various irrigation methods along with rainfall caused significant positive changes in vegetation cover, the number of species, and diversity from 2018 to 2020. The results indicated a significant difference between the average dominance index, Simpson and Shannon indices, and vegetation cover, as well as the number of species in different years. This study has identified that due to the lack of water for surface irrigation, contour furrowing and pitting using an excavator is the best and cost-effective way to restore native species. In addition to creating a suitable hole for receiving irrigation water, this method provides better drainage of the area during the rainy season, providing a suitable substrate for the growth and germination of seeds of native plants.

Financing. This article is taken from a research project “Evaluation the change of vegetation in a cultivated area of dust sources of Khuzestan province using of satellite images and field data” and its research sponsor is the Forest and Rangeland Research Institute of Iran (Project No. 2-46-09-018-000216).