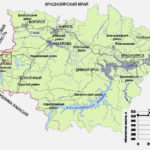 The article presents the results of studies on changes in the content and stocks of water-soluble forms of calcium, magnesium, organic and mineral carbon and moisture in natural and anthropogenically modified soils, as well as changes in the temperature of natural soils in different locations. The relevance of the study is due to the need to analyze the changes in the studied parameters under the conditions of short-term climate changes in the insular forest-steppe of the Nazarovsky depression. Generally accepted methods were used in the research: landscape-geochemical, comparative-analytical, comparative-geographical and statistical methods. It has been established that the moisture stocks in the meadow- swamp soil are maximum, in the meadow-leached chernozem soil they are minimal, and in the ordinary meadow chernozem and its anthropogenic modification – fallow – the values are close, which is connected with their position in the relief and the hydrothermal regime. It was revealed experimentally («in situ») that the temperature curve is steeper in ordinary meadow chernozem, freezing temperatures are lower, and the period with negative temperatures is longer than in meadow-swamp soil. New knowledge was obtained on changes in the reserves of water-soluble forms of calcium, magnesium, organic and mineral carbon, moisture content and fluctuations in climatic parameters (air temperature and precipitation amounts). Intra-annual changes in the temperature of natural soils («in situ») of the insular forest-steppe have been established for a more complete understanding of the dynamics of natural processes, as well as the use of the results obtained in further research on the study of the insular forest-steppe in a changing climate.

Financing. The work was carried out within the State task of the IG SB RAS: (No. FM-2021-0002), the state registration number of the topic: AAAAA-A21-121012190055-7 «Spatial and temporal patterns of the material state of the landscapes of Siberia in changing environmental conditions». 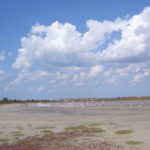 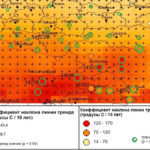